On the 20th of September, during University of Granada Reception Days for new students, students of superior university years, professors, researchers, companies and organizations, among others, had the opportunity to hold an interesting symposium on all the activities developed within the framework of our Erasmus + ECSTRA project.

We reserved a space on the stage of the conference in which we could expose both the logic on which the project was based, as well as its objectives, development of progress and results, and we were able to reach the thousands of people who gathered there. ECSTRA was introduced specifically during its presentation to more than two hundred attendees of this event with a special interest in University life and activities.

But the presentation on the stage about ECSTRA was not the only moment in which our project enjoyed the limelight during this day. This presentation was followed by a debate at the stand of Casa del Estudiante (the service of the University of Granada, also a member of this project) in which we had the opportunity to contrast ideas with the visitors and discuss the non-training competencies that they considered most important, the limitations they saw to the way we had developed our project and its results… and, in short, valuable contributions were exchanged for all parties.

After that activity on the Opening Days, a more intimate meeting was organized in Espacio V Centenario with the students that showed more interest in the project during the main presentation. There, a deeper explanation of ECSTRA was given to them, and the main project deliverables – The community empowerment toolbox and Non-formal competence recognition framework were described in more detail. The debate was full of enriching feedback! Among the participants in these discussions, we also had the pleasure of having people in charge of different types of organizations. All of the above led us to conclude that, without a doubt, the objective we had of making this event a multiplier event was successfully achieved.

ECSTRA Initiative Success Symposium is one of the project’s activities “ECSTRA: Employability Competencies for Students Through implementation and Recognition of Activities” (No. 2020-2-LT02-KA205-007038). The project is funded by the Erasmus+ program of the European Union. 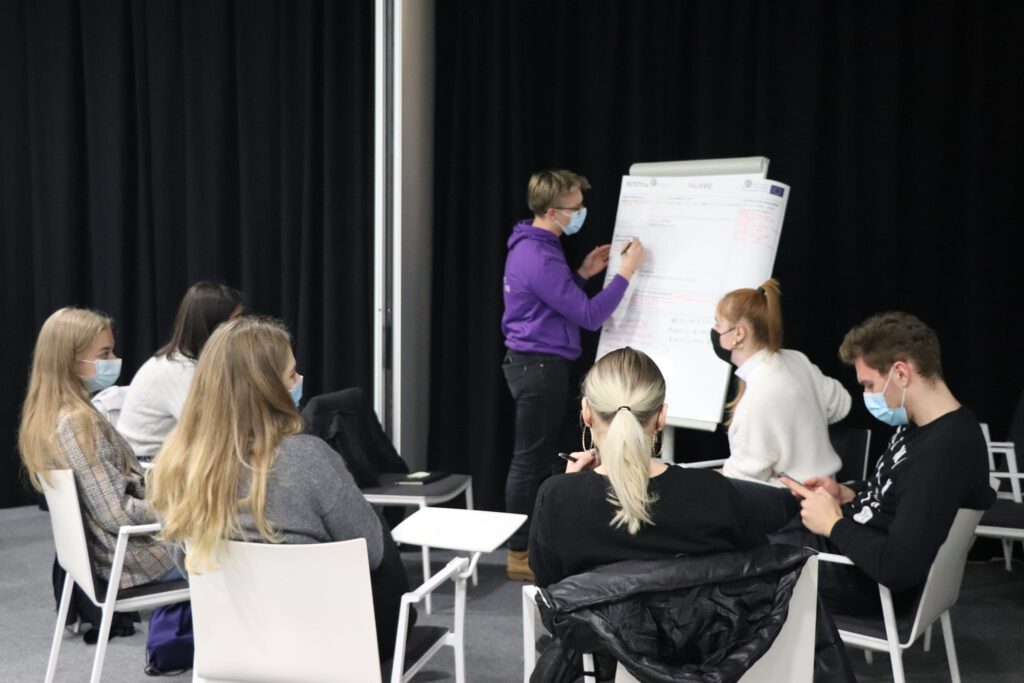 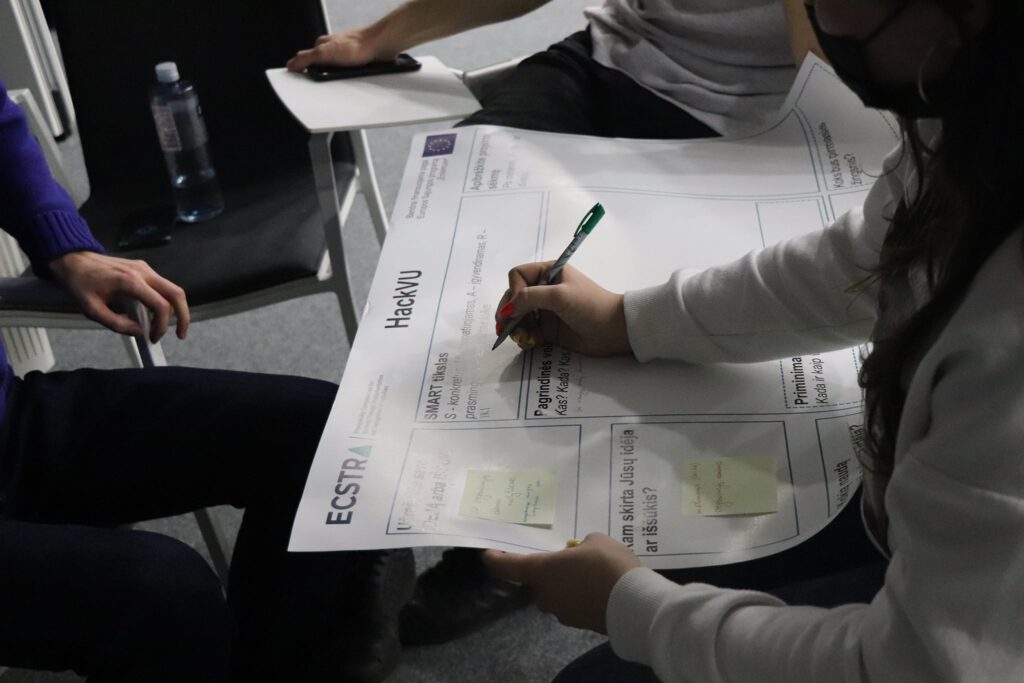